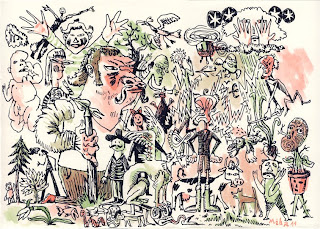 My ego was wounded, but I wasn't the one who killed the mole.
Avtor ful kontakt ob 14:25 1 komentar: 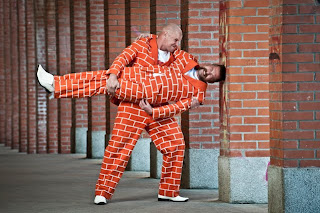 The concept transcription or Yeeeepeeeeeee, we won!

A few years ago I stumbled upon a certain feature film titled »Modigliani« (2004, directed by Mick Davis, featuring Andy Garcia as Modigliani). Far too trivial for my liking, since even the name of the protagonist is relentlessly mispronounced, still the film frequently seems to serve me as an example of a poor yet common perception of a painter's life and work. The story of the film revolves around the competitive relationship between Modigliani and Picasso, the absurdity culminating in the very act of a »painting contest«, where the winner is obviously the one who receives the louder applause. Quite a sporting event, indeed. Two competitors, canvas, paint and the obligatory »ready-steady-go!«. Art as a measurable compound, pure show bussiness and means to achieve wealth and immortal glory.

Certainly it goes without saying, that great masterpieces have a certain aura, a timeless aura that does not depend on a spectators disposition. It is hard to pinpoint though, what elevates one masterpiece above others, as they cannot be tackled with a scale, stopwatch or a metre. Also, »beauty is in the eye of the beholder«, yet history has proven, that certain artefacts are simply Better than the other. Still, living here and now, we wish to demonstrate what is prettier, better, more artistic in real time. It's best we have an Art Competition.

Off course it has to be won. We can pat ourselves on the back for as long as we want, seek comfort in the participation itself, but at the end we drag ourselves to the glass of the grand-opening-champagne and try to hide the tail between our legs.

That is why Beli sladoled vehemently raise their noses above the competition and create their own private parallel universe, where little children and big painters fulfil their every desire. They build their own »stairway to heaven« (»podium to heaven«) and stand on the very top of the pedestal, where they wait to hear the boarding call for New York. 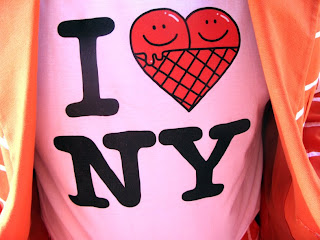 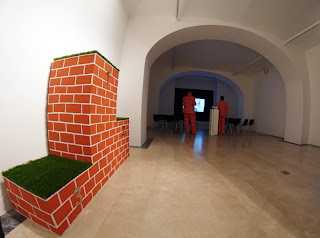 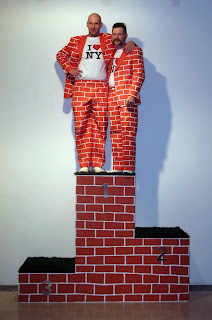 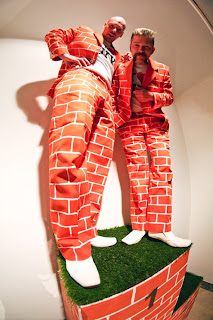 we won!
the first prize of the OHO award for 2011 goes into our hands.
here's a LINK if you want to check a short tv report of the whole happening.
thanks to MILANKA FABJANČIČ for the text and to everybody who helped and supported us!!!
wait for a postcard from New York in autumn.